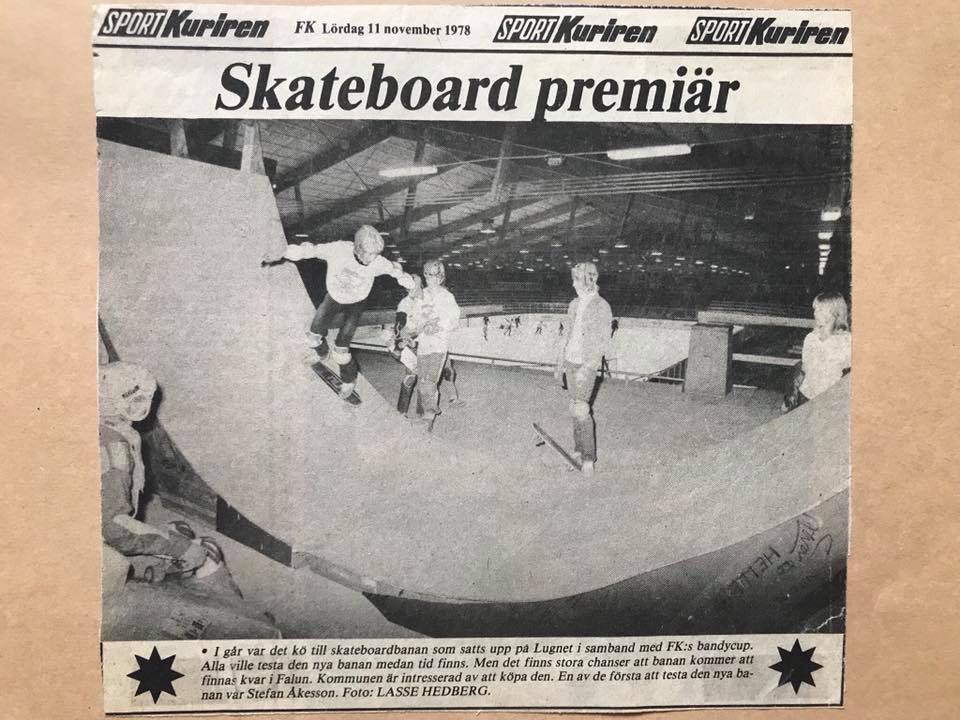 40 years anniversary! I got my first skateboard August 28, 1978. But I tried skateboarding the first time in 1977. I rolled a bit on my friend Paul Hastings aluminum board and strained my ankle. Not a very good start. I took me 12 long months to convince my parents to get me a skateboard, they were discouared due to media incorrectly reporting how dangerous skateboarding is.

A few months after I got my skateboard I was featured in a local newspaper riding a ramp. The headline said ” Skateboarding premiere”, which is a very fitting headline.

I have no plans slowing done, I will continue competing and doing demos, shows and skateboarding schools, and looking for more demos and film projects.