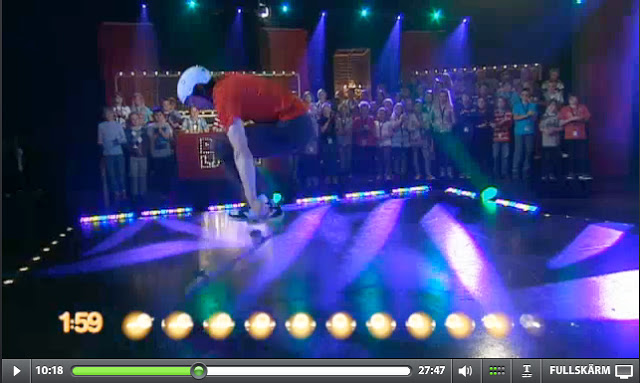 Last year me and my BMX collegue was on the kids talentshow Rampljuset. We were first a bit hesitant as the stage was only to be 5 x 5 meters, but eventually we agreed to do it. This year they asked us again, but this time to separate the two of us so we would compete against each other. We were once again a bit hesitant, but as the show was so fun and they took so well care of us, we did it again. Here is my first round, that was filmed in may 2011.