Freestyle Show (that I am part of with Andreas Lindqvist) was at the 1 year anniversary of the bridge Hansabron in Kalmar. It was a rainy and cold day. A few days before the weather forecast showed sunny weather and blue sky, but it ended up with dark and heavy rainclouds. Fortunately the organizers had put up a tent on an area that was a bit arched, so it would not be flooded.

Well, it worked partly, a bit flooded but a small area was dry so we did the show and had lots of fun! The second show, the area was less flooded so we had a bigger space. 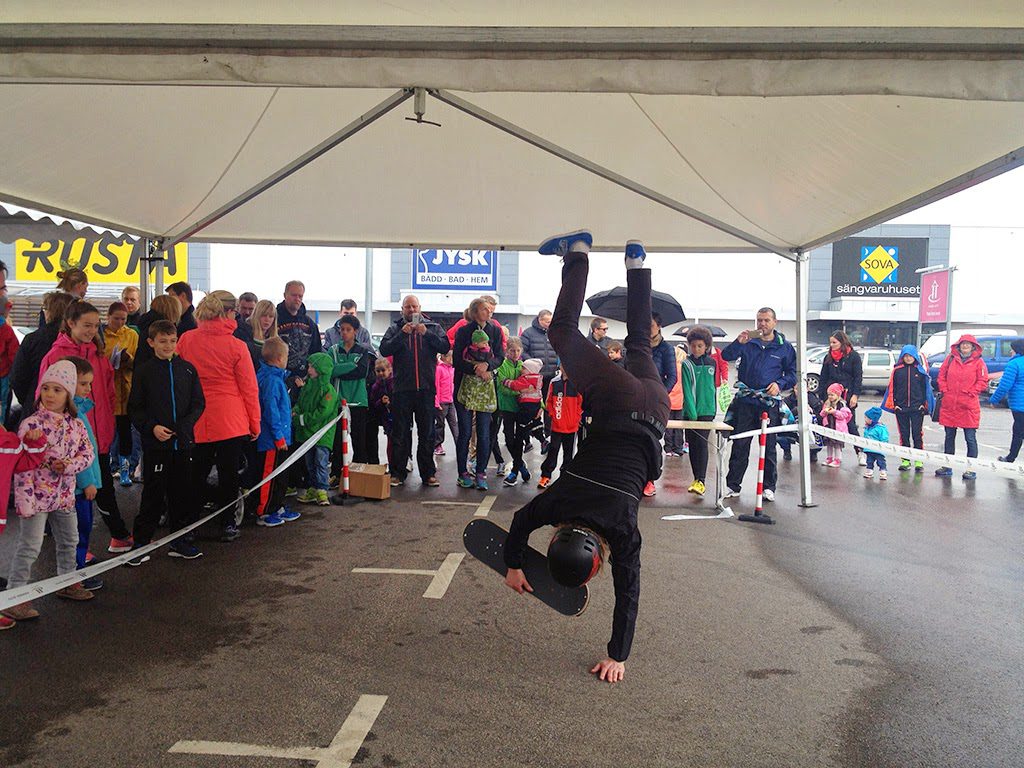 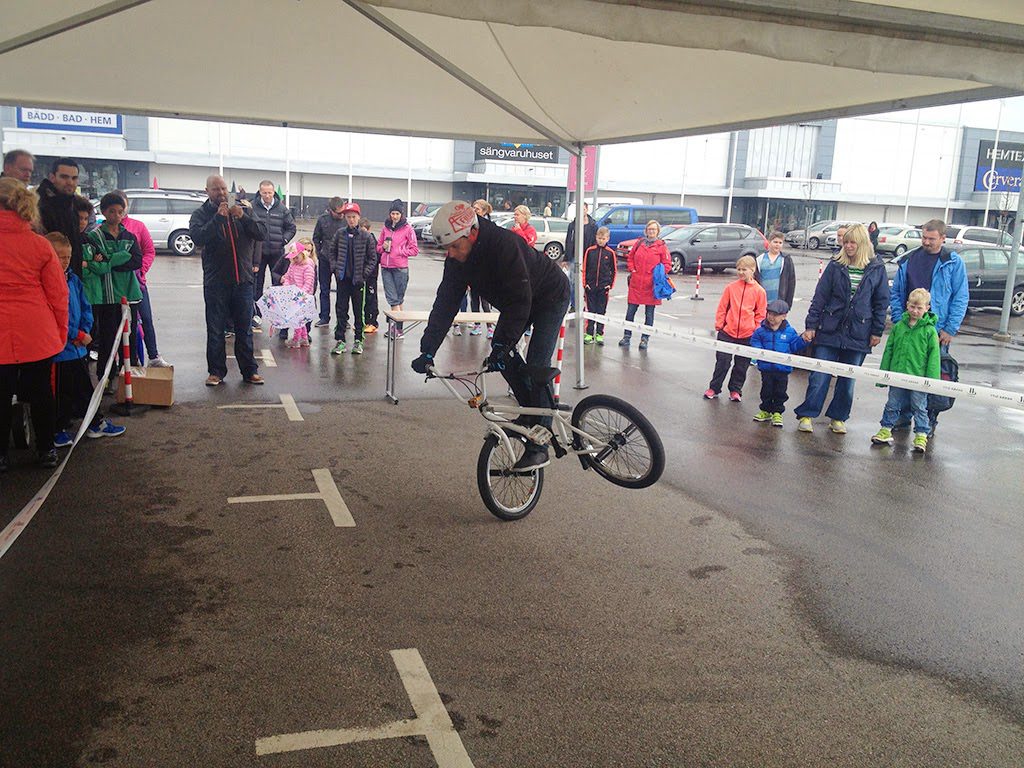